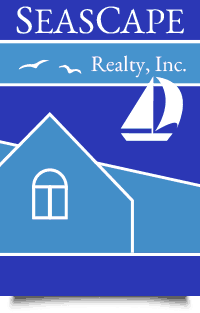 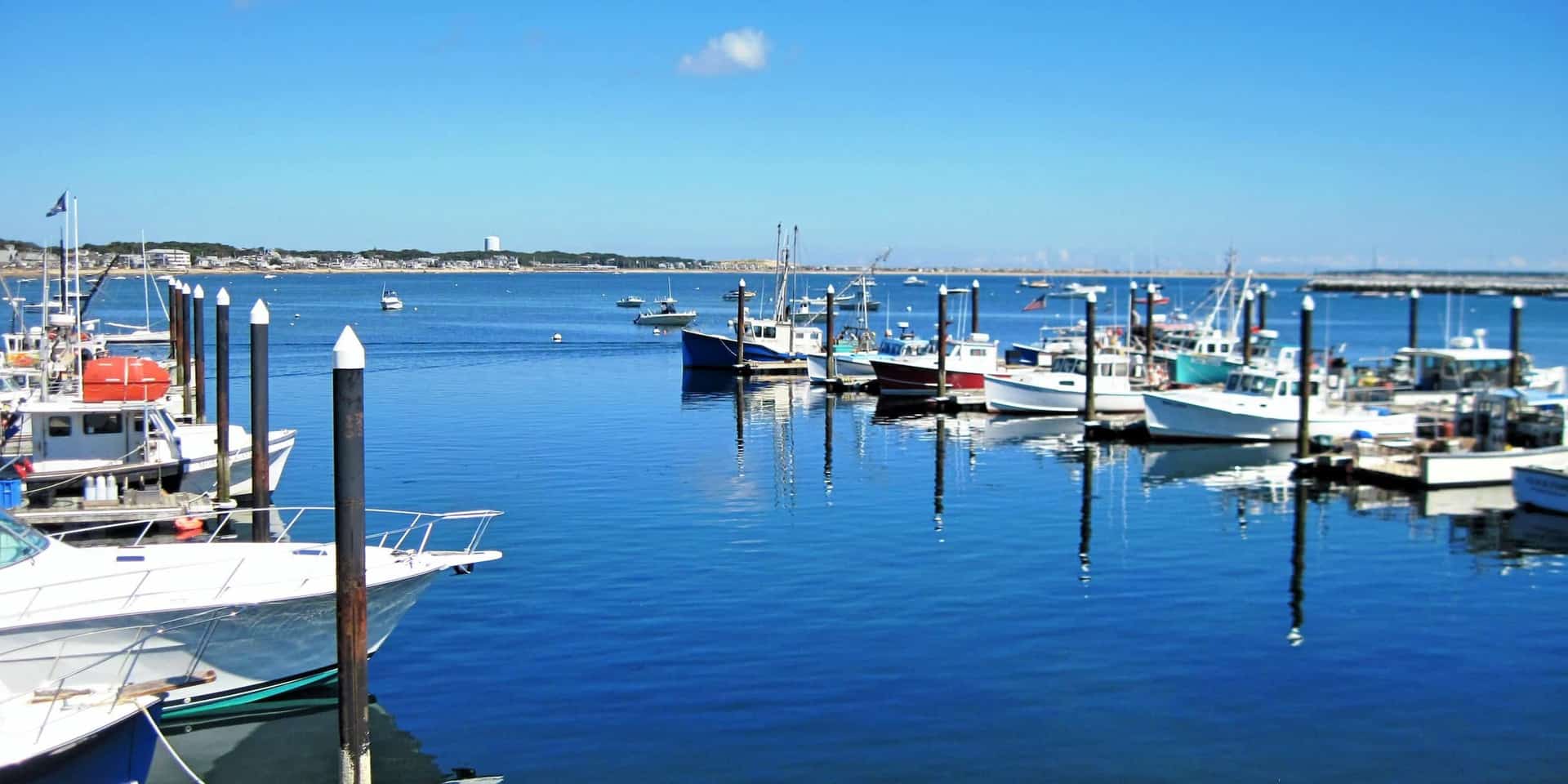 Save Your SearchRefine Search

Scroll down to find current commercial real estate for sale in Provincetown, MA with the expert help from SeasCape Realty. Discover a variety of current listings in Cape Cod. Remember to register with us to save your favorites & for daily notifications when similar properties are posted. Already have an account with us? Log in here!

If you have any questions or want to see some properties in person, give us a call or contact us online!

Mixed Use Commercial Investment Property with Guest House and High Viability Retail Space Now Available For Sale! Branded as ''The Lotus Guesthouse'', the site includes 12 guest suites that were recently renovated. King and Queen bedding compliments the 2 floors of spacious accommodations that are decorated with marble sinks and numerous gas fireplaces. Common areas to the rear are private, allowing guests to retreat to secluded nooks within steps of all of Provincetowns excitement. Views of Provincetown Harbor, Pilgrim Monument and Town Hall are visible from the suites.Located in the TRUE HEART of the downtown business district, the property enjoys tremendous foot and vehicle traffic year round. The vacant 2300 square foot retails space was formerly known as ''BODY BODY'' and has two beautiful display windows that mirror London's Selfridge style, The open floor plan allows for easy retail display and has substantial storage space to the rear of the unit. The property's location, condition, strong financial performance, frontage, signage and reputation make this an absolute must see. Potential Redevelopment to Condos to create Retail as a stand alone! Make you Dream Investment Now!

Prime retail space in the center of Provincetown. Currently operated as a convenience store. The space includes frontage and large windows on Commercial St., a walk in cooler with sales side shelving and doors, display shelving, split system heat and AC, half bath and a large storage area in the rear. Owner will negotiate inventory or you can establish a new business venture. Can not be a liquor store.

Exceptional Commercial Condo Investment Opportunity !!!The prime location and condition of this commercial condo, which is currently leased to a regional well established long term tenant, renders this an excellent investment opportunity.Make your Provincetown Dream Investment a Reality!

Very nicely finished Office/Studio space washed in daylight, magnificent, attractive windows and easy access. Parking, in-building restroom and common kitchen.... a great place to be when you are working away from home.Can be bought in combination with a Waterfront Studio Apartment (MLS#22100198)

Across the street from the Library and down the path toward Harbor Lounge is this lovely stand-alone commercial cottage. The cottage is 253sf with a set of French doors, a full view entrance door and a plate glass window all giving the opportunity for light and display. The last tenant used the space as an office, the one before was a retail shop...there are many options!There is a new Heat/A-C through the wall unit, access to a common half bath, and room for signage on the display board on Commercial Street as well as on the building itself.Ideal for an Office, a Gallery or Retail. No food is allowed. Beach access.Condo fee is $75 per month and water and sewer charges as well as flood insurance. Electric will be separately metered.

This handsome Victorian in the center of town is home to the Gaslamp B&B, an inn with 8 rooms which enjoys an excellent reputation on Trip Advisor, lauded for its comfortable accommodations and outstanding breakfasts. Located near town hall, and just steps to Commercial Street's clubs, shops and restaurants, the property has been a popular destination for travelers since the 1970s. Loaded with character, you'll find original pine floors, tall ceilings, charming moldings and period furnishings. Four of the eight guest rooms have private baths, and 4 share two baths plus there is a full bath in the owner's quarters, for a total of 7 baths. Common spaces for guests include a cozy common room and a spacious back deck with a hot tub, perfect for sunning, and socializing. Offered furnished and turnkey (with some exceptions), there is parking onsite for 2 cars in tandem. Don't put off your innkeeper dreams any longer...the Gaslamp is an ideal entry into the Provincetown B&B market.

Versatile retail shop for lease with excellent street exposure and a high pedestrian traffic count. 750 Sq. Ft. with large display windows and double doors that open directly on to Commercial St., all on the first floor street level. There is a storage area at the rear and shared use of the basement and lavatory. Suitable for retail, gallery or office but not for food uses. Heat and electric included in rent as well as window AC units, lighting and fixtures if desired. 1 year lease with extensions possible.

Listed by Robert A O'Malley of Beachfront Realty

Prime Retail Location Now Available for Lease!!!Your 2021 retail space awaits you on one of the busiest blocks on Commercial Street. Highly visible location, ample signage allotted to promote your brand to the steady flow of pedestrian foot traffic.Favorable lease terms.Easy to Show

Welcome to Poor Richard's Landing, a very rare offering on the waterfront in Provincetown's East End gallery district. The property comprised of four buildings, including two wharves, embodies a deep and rich history in Provincetown as a gathering place for artists and writers over the past century including Eugene O'Neill, Sinclair Lewis, Tennessee Williams and Michael Cunningham, to name a few. There are eleven residential units (8 seasonal and 3 year-round) plus 2 gallery spaces. The units reflect the property's history with abundant rustic character, including exposed beams, original wood floor, barnboard walls, and multi paned windows with water views all around. The wharf cottages, as the accommodations are called, are immaculately kept by the present ownership, and the property operates as a predominantly successful seasonal lodging establishment. The street side building has a commercial rental (gallery) on the first floor, and two year-round apartments above it, one a 2BR, and one a 1BR. A second gallery space is currently vacant, and has another year-round 1BR in the same building. The east wharf was raised and the piers fortified a few years ago, and the owners have a building permit in hand for the new owners to raise and rebuild the west wharf to FEMA standards. This special property awaits its next steward to continue and preserve its history as a magical destination and an art world landmark.

Prime retail store in a high trafficked location just steps from the ferry with strong neighboring retail: Portuguese Bakery, Zuma Jewelry, The Black Dog. This shop is one of two units in the building and is on the right side, when facing building. It is large (1,234 s.f.) with high ceilings, plenty of storage, half bath, good lighting and AC. Available for immediate occupancy. $58,000 Annual lease, plus triple net.

The data relating to real estate for sale on this site comes from the Broker Reciprocity (BR) of the Cape Cod & Islands Multiple Listing Service, Inc. Summary or thumbnail real estate listings held by brokerage firms other than SeasCape Realty, Inc. are marked with the BR Logo and detailed information about them includes the name of the listing broker. Neither the listing broker nor SeasCape Realty, Inc. shall be responsible for any typographical errors, misinformation, or misprints and shall be held totally harmless.

This site was last updated January 27, 2021. All properties are subject to prior sale, changes, or withdrawal.

SeasCape Realty, Inc. has chosen to display only certain towns and/or types or styles of properties. This site may not show all listings that are available through the Cape Cod & Islands Multiple Listing Service, Inc.